An Introduction to the Historical districts of Tehran 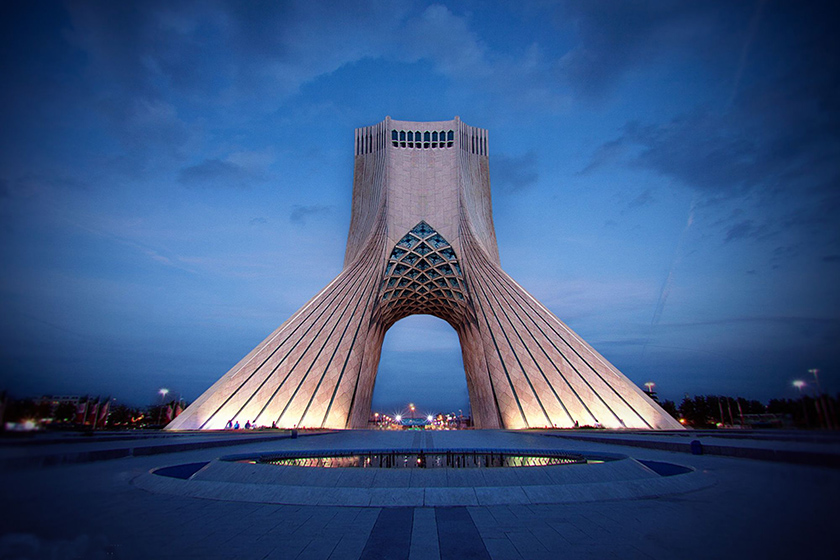 A long time ago, in a vast land where the city of Tehran is now expanding shapelessly, the ancient and historic city of Ray spread its shadow, so old artifacts from the 3rd millenia BC have been found there.  This city was bustling and alive right until a few centuries ago, even more than today’s Tehran.

On the other side, in a land which started from the Tabrak Fortress and spread right upto the highest peaks of Alborz, a city called Ghasran spread its shadow.  The village called Tehran was situated between the two cities of Ray and Ghasran and was part of the Ghasran settlings.  Shemiran was known as a separate part of Tehran.  As much as the village of Tehran was dray and warm, Shemiran had cool and pleasant climate.

If we want to show a more accurate region of ancient Tehran, it should be considered a village between the city of Ray and a place that is now called “Se Rah Zarrab Khaneh” and in the past was called “Mehran”. Those who went from Ray to Shemiran and Qasran, rested a little in the village of Tehran, got their second wind, and then continued their way. The settlements around Tehran were numerous; Such as: Dolab, Lavizan, Niavaran, Daroos, Chizar, Tajrish, Zargandeh, Gholhak, Farahzad, Tarasht, Kan and several other villages. Tehran means “a warm place”. However, it has other meanings as well. But “teh” is thought to mean fever and heat, and “Ran” is a locative suffix. It was known as the village of Tehran, because it was built on a plain with a warm climate. 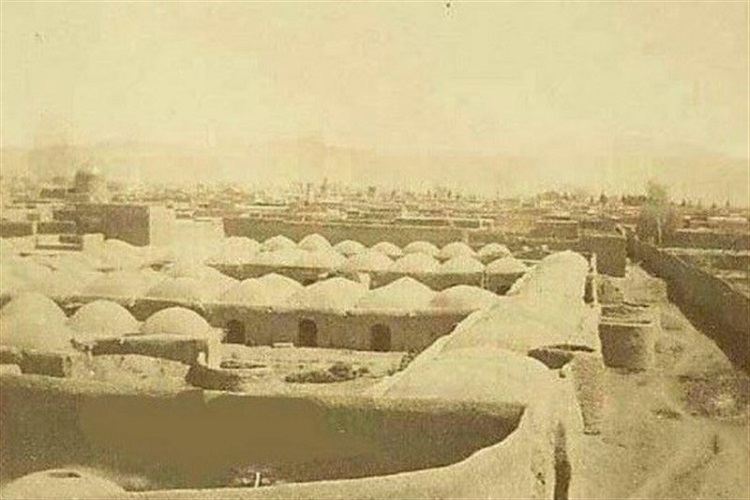 The oldest historic signs of the existence of Tehran dates back to the 6th century, as found in ancient writings dating back to the 6th century. The history of life in Tehran dates back to the Neolithic period, and archaeological excavations in Tehran have led to the discovery of 7,000-year-old human skeletons and stone tools, based on the findings of the past few years. But at the beginning of the seventh century, with the destruction of the city of Ray and the migration of its citizens to Tehran, the knowledge of the trade, construction, the citizens of Ray were tansferred to Tehran. The fact that some people have tried to find signs of the antiquity of Tehran as a city does not seem to be true. After all, Tehran was first mentioned in a book by seventh-century historian Zakaria Qazvini, who described it as a “large village” with abundant orchards. He added that the people of Tehran live in houses built underground!

At the beginning of the Safavid period, Tehran emerged from its rural form and became a semi-city. By order of Shah Tahmasb Safavid, in May 961, a fort was built around Tehran. This fort lasted for three centuries, and then it was destroyed. It should also be mentioned that Shah Tahmasb loved the village of Tehran and traveled to this village several times. But as much as he enjoyed Tehran, Shah Abbas I, who had been on a war trip to Tehran and was seriously ill, despised and cursed the village.

Historians have written that Nader Shah Afshar had come to Tehran several times and had appointed his famous son, Rezagholi Mirza, to rule this small town. Karim Khan Zand was more emotionally attached to Tehran than Nader Shah, so much that he ordered the construction of two new districts, ‘Odlajan’ and ‘Chal Meydan’, in this new city. Besides, in the part that is now the Bazaar of Tehran, he ordered the construction of shops for craftsmen and traders. As a result, the Tehran bazaar was gradually formed.

Finally, after many events, Agha Mohammad Khan, the founder of the Qajar dynasty, in November 1210, chose Tehran as the capital of his government. Agha Mohammad Khan called himself the Shah of Iran in this city, and the population of Tehran reached 15,000. But a few years later, in May 1223, during the reign of his successor, Fath Ali Shah Qajar, the population of the capital increased significantly and reached 50,000 people. In summer, due to the unbearable heat, the city became more or less empty and the people would take resort in the pleasant villages of Tehran.

Another problem in this capital of the Qajar dynasty was the shortage of water.  Population growth and the growing need for water caused Mirza Aghasi, Mohamad Shah’s prime minter, to bring water from Karaj to Negarestan Garden and Odlajan district, and Shemiran Gate. The garden of Negarestan is the same as it is now in Baharestan Square, and a spectacular museum was built in that garden. 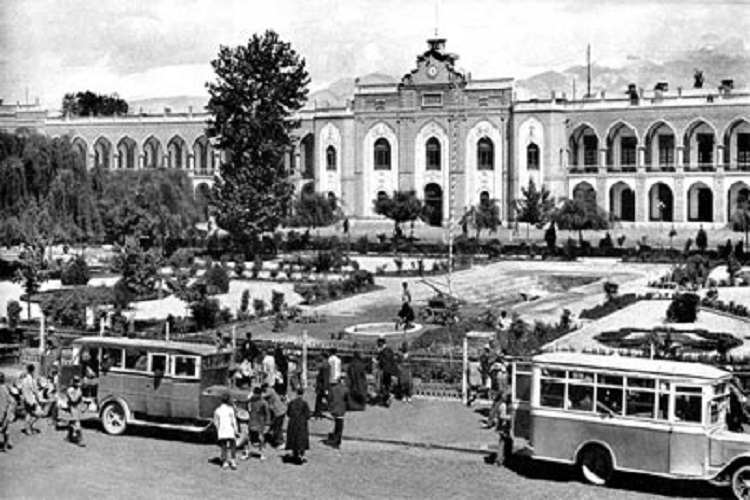 Tehran expanded during the reign of Nasser al-Din Shah Qajar. Tehran expanded from the north to the present streets of the Enghelab, from the west to Amirabad, from the south to Shush, and from the east to the 17th of Shahrivar. The districts of Tehran at that time were as follows: Ark, Odlajan, Chale Meydan, Sangalaj, and Bazaar. Then, with the expansion of the city, two squares were built and named Sabzeh Meydan (green square) and Toopkhaneh (artillery). The city also got 12 city gates: the gates of Yousefabad, Dolat, and Shemiran (in the north of the city), the gates of Baghshah, Qazvin, and Customs (in the west), the gates of Khani Abad, the cave, the city of Ray (in the south) and the gates of Dushan Tappeh, Dolab and Khorasan ( In the east). It was during this period (called the Naseri period) that housing projects were developed and expanded beyond Arg Square, and thus the foundation for the expansion of Tehran was laid.

Tehran did not expand much during the reigns of Muzaffar al-Din Shah, Mohammad Ali Shah, and Ahmad Shah Qajar due to repeated political events and riots. But during the reign of Reza Shah, many changes took place in this city. First, the stockades around the city were removed, and the ditches in the city were all filled up.  The historic district called Sanglaj was also destroyed.  Instead, new avenues were built and especially from the north and west side the capital was expanded.  In the period schools, The Tehran University and a bigger bazaar were built.  In spite of these changes, when the wife of the British Consul in Tehran (during Reza Shah’s reign) visited the city, she wrote in her travel notes, “Tehran is a very big village.  Besides its bazaar there is no other attraction”.  In the first years of the reign of Pahlavi II Tehran was still coping with water shortage.  During Mosadegh’s term as prime minister, major steps were taken for the development of piped water.  In this same period 3 districts, namely Yusefabad, Narmak and Naziabad, started developing.  But construction and expansion in Tehran suddenly got out of control and this unhinged expansion continues upto this date. 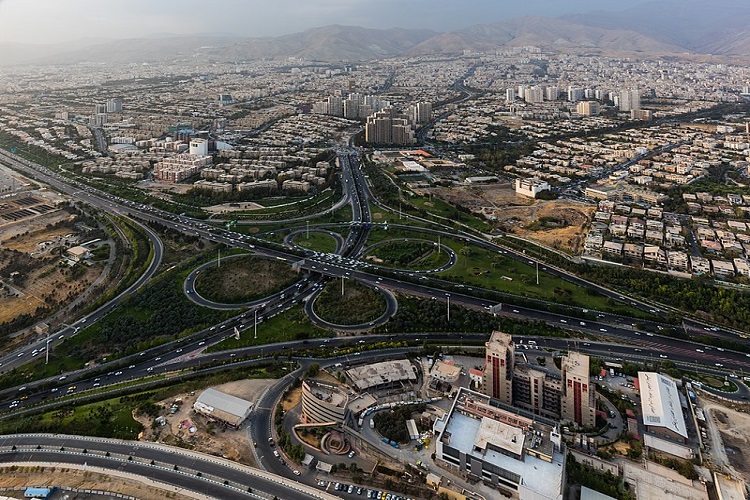 The small and insignificant village of Tehran of those days has expanded hugely.  From west it got connected to Karaj River, from the East to Jajrood, from the north to the Alborz range and from the south to Varamin and Shahriyar.  Today’s Tehran is a confusion of places and avenues with historic construction, and other areas with modern construction.  Villages that were away from Tehran in the past centuries, have now connected to the capital and becomes parts of it.  Knowing the Greater Tehran and the history of its different places and avenues is no doubt of interest.

In the series of articles “Tehran’s historical districts”, we discuss the history of the formation of this city, and we mention the alleys and streets which carry the memories of Tehran’s history. We will also talk about the districts that have been formed in recent years.

Zoroastrian Cultural Heritage in exhibitions and museums of Anthropology