On the screen of the 38th Fajr International Film Festival

Some features of Zoroastrians’ lives in the documentary named “Isatis” 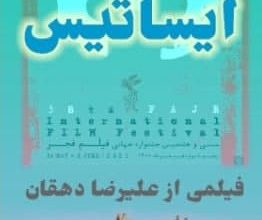 The documentary “Isatis” directed by Alireza Dehghan, containing some features of Zoroastrian life, will be refereed in the documentary section of the 38th Fajr International Film Festival. The documentary “Isatis” deals with a great part of the history, culture, religion, and architecture of Yazd, and part of it deals with the life of Zoroastrians who have lived in Yazd for many years. In an interview with Amordad, Alireza Dehghan, an experienced documentary filmmaker, producer, and director of “Isatis” informed Amordad about presenting “Isatis” in the 38th Fajr International Film Festival and added: “the story of the co-existence of Different religions in Yazd, i.e., Moslems, Zoroastrians and Jews, and the story of the four elements, i.e. water, wind, soil and fire, has been shown in the heart of the desert of Iran.  In parts of the documentary the life and traditions of Zprpastroams. tje {or-e Sabz (Chak Chak) shrine, the Zoroastrian dokma (tower of silence), the celebration of “sadeh”, and in the final sequence the festive and joyous mood of Zoroastrian is exhibited. ”

In the introduction of the movie, it rites:  “isatis” is a 75-minutes movie about the hands of people who made everything from nothing. The story is about religions a long journey through thousands of years in the heart of the desert of this ancient land, a narration whose narrators are water, wind, fire, and earth. An ancient story about the role that water played in peoples’ lives; about innovative ideas of dragging and digging out water, the story of the ups and downs in the history of a city that, for centuries, is shining like an opal in the heart.

Alireza Dehghan, who has a master’s degree in cinema from the University of Arts and is a lecturer at the University, started his career in the Iranian Youth Cinema Association in 2002 and made 17 short movies and documentaries. He has won national and international awards for the movies such as “Ossia,” “Bigodar,” “Eltiam,” “Peace in the Stone,” “The Twenty-seventh Day,” “Palm Tree of Life,” etc. 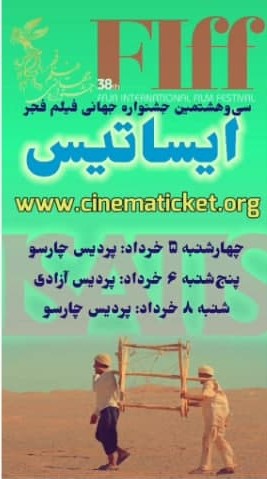 Sima Tahamtan, a hard working head-nurse by the bedside of patients with coronavirus