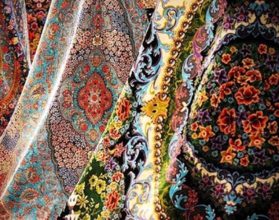 Persian carpet is a magnificent demonstration of the handicraft of Iranians, whose lives have been tightly associated with art.  Historical reports also mention Iranian carpets.  In his book “The character of cyrus”, Xenophon, the Greek historian, writes between 430 and 345 BC: “Iranians spread rugs under their bedspreads in order to make them soft and comfortable.”

Despite its glory and antiquity, Iranian carpet has not had a day in their name in the official calendar of Iran, and for many years electing a day as “Iranian Carpet Day” was a dream of lovers of Iranian art and culture.

According to the governor of Isfahan, after intense efforts and perseverance, the 20th of Khordad, coinciding with World Handicrafts Day, was named “National Iranian Carpet day” by the Public Culture Council.

ILNA reports that, referring to the approval of the National Iranian carpet Day, Abbas Rezaie said:  “In order to implement article 13 of the law on Continuous Improvement of Business Environment, it was proposed to register a day called National Iranian Carpet day to demonstrate the value and importance of Iranian carpets.”

He pointed out: “In the 92nd meeting of the Business Council between the government and the private sector of Isfahan province last year, in paragraph 15 of the proposal, it was decided to make the necessary investigation at the national level regarding the naming of the National Iranian Carpet Day.”

The governor of Isfahan added: “Fortunately, with intensive follow-ups, 20th of Khordad, coinciding with the World Handicrafts Day, was approved as the National Day for Handmade Carpets.”