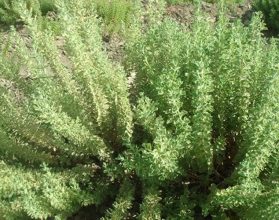 The plants of Iran have faced difficulties for a long time, and their lives, to which all our lives depend, have in danger. In addition to the natural factors, ignorance and human manipulation also play a role in the painful process of extinction of some plants in the ecosystem of Iran. What we do with our ecosystem now has nothing to do with the thoughts and actions of our past. What we are doing to our ecosystem now has no relevance to the lifestyle and life philosophy of our ancestors, in addition to guarding the borders of the country, also considered honoring and maintaining blessings of God as their duty and did not spare any effort in this way.  Plants and vegetation were worshipped in ancient times because the ancient did not forget to honor God’s blessings, and their land’s generosity.  This is something that many of us have forgotten, and thus we have brought the state of the plants to a point where many of them are feared nonexistent.

It is clear that the role that plants play in growing, preserving the soil and preventing its erosion is so unique, and they also have an essential role in making the air pleasant. Similarly, control of groundwater and surface water is the result of vegetation. It can be said that many plants that grow and grow on the plateau of Iran are rare and sometimes unique and special in this land.

Our land has one of the most fertile plant coverage in the world. We should know that there are 8,000 plant species in Iran, of which 1,800 species are native to our land and not found anywhere else in the world. This unique vegetation cover has changed in the decades, especially in the past years by mentioning some of these plants found on the Iranian plateau and their present state, we will realize the danger that threatens this very precious asset.

Considering this, isn’t it painful that now nearly 2,000 species of Iranian plants are in danger of extinction? (Website of the National Forest and Rangeland Research Institute). Looking at what is happening to the plants of Iran, if not very unexpected, at least it is a warning that makes the need to find a way to preserve them more and more vital. Relating to several plants on the Iranian plateau have come to a fearful state of extinction, we know the danger that threatens this part of our territorial assets.

In Mazandaran province, the number of endangered plant species is so great that it makes finding a solution more necessary than anywhere else. Species such as Allium, Orchids, Falcaria Vulgaris, Gandkoma, Barijeh Jaren, Sekanbeij, Ranunculus nivalis, Hyssop, Parsnip, Fritillaria, and many other plants of Mazandaran are on the edge of extinction (IRNA News Agency, September 2018). The Lilium ledebourii of Damash, which is not found anywhere else in the world (except for a few in the Lankaran of the Republic of Azerbaijan), has become rare due to improper picking and trampling. The plants of this province, due to the change of land use and the expansion of urban planning in the plains and the coast and the increase in the range of summer villages and more and more illegal construction, are in a dangerous condition of extinction.

In Yazd province, 14 species of native plants were seen, which are now very rare and on the verge of extinction (Bazaar website, October 2016). These plants are found only in Yazd. The most endangered species are Echinops that grow in sandy deserts around Yazd and Ardakan. Hymenocrater yazdianus, bitter Descurainia Sophia of Desert, Calligonum denticulatum of Yazd, Nepeta asterotricha, Helichrysum are other numerous species plants in Yazd province that the fear of their destruction is too much to be ignored.

In Hormozgan province, a regional plant called “Morkhovash” comes from the genus Mint, which has become rare due to its deep cutting that should be considered on the verge of extinction (Rostanews website, June 12, 1399). This plant is precious in terms of therapy and traditional medicine field in Iran.

In Isfahan, Yasuj, Mazandaran, and Tabriz, a plant called Zarrinkolah (Dracocephalum) grows, which is one of the most critical and valuable medicinal and aromatic plants in the country, and its flowering branches are widely used in traditional and modern medicine. But, the excessive harvesting of this plant, especially at the time of flowering, has decreased its number drastically.  These cuttings prevent this plant from seeding.

The dangerous path we have taken

The above is just an example of what is going on at a much larger scale.  There are so many plants that are in danger of extinction just because of carelessness and unawareness. Another reason to be mentioned here is the lack of knowledge and awareness about these plants.  While more than 80 years have passed since the functioning of medical and pharmaceutical institutions in the country, what we know about our country’s plants is derived from the researches done by European universities.

Out of 850 plant species in the country with an effective medicinal substance, only 350 species are known correctly and by foreign research, and other plants remain unknown. Worse, many Iranian plants in danger of extinction have not been included in the World Red List due to the lack of awareness of their caregivers and ecologists. For example, none of the endangered plant species in Yazd province are seen in this list (Bazaar website, October 1, 2016).

It is obvious how harmful and irreparable the consequences of such ignorance and negligence will be.  One solution to this huge problem would be to educate and bring awareness to the locals, prepare the grounds for planting the endangered species and also using proper and empathic management.

Our ancestors tried their best to protect the assets of our land and left us such a precious and unique heritage. Do we care about our land’s wealth, as much? Are we worried about future generations and their possession of the precious resources of the country? Let’s think!