On the first death anniversary of a young Zoroastrian 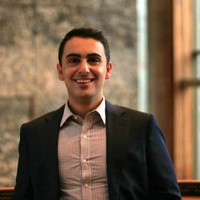 On the first death memorial of this young Zoroastrian, the family and friends of the late Mahyar Ravani donated to the Research Department of Hospital Diseases in Toronto, Canada.

Mahyar Ravani, Dr Farnaz Ardeshiri and eng Parviz Ravan’s son, the representative of Zoroastrians in the fourth and fifth parliaments, passed away on August 14, 2020, due to gastrointestinal disease, at the age of 26. He had a Master’s degree in Business from the University of Western Canada and an Entrepreneurship in Western Canada.

Parnia Parandeh was accepted in the test for the talented