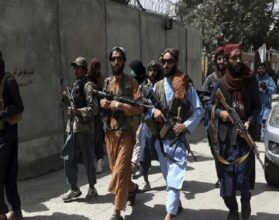 Afraz Cultural Association, in response to the tragic events in Afghanistan, expressed concern about the importance of the situation in the country in a statement calling for the reception and treatment of Afghan refugees and providing conditions for the preservation of Afghanistan’s cultural heritage as part of ancient Iranian civilization and turned to the Iranian government and officials.

The following is the full text of the statement of Afraz Cultural Association:

In the name of God

Afghanistan, our neighbor, which is very close to us historically and culturally, has once again been occupied by the Taliban fundamentalist group, which, based on experience, has violated civil rights, but has also excluded women from the civil society, restricted civil and media activities, deprived children and adolescents, especially girls, of free and science based education, deprived the people of basic living standards, and cut the people from the outside world. For these basic reasons, we are witnessing the departure of many people of different classes from their country.

Therefore, Afraz Cultural Association, as a non-governmental organization that has always pursued issues in countries that have common civilization with Iran, expresses concern over the consequences of the current situation in Afghanistan, and in line with its natural duty as a social unit, and its goals regarding protection of the cultural and historic heritage of Iran’s land, suggests the following executive solutions:

Although the economic situation in Iran is not satisfactory, based on the fundamental teachings of our culture: “Humans beings are all members of a whole in creation” and the attention that is given to neighbors from our religious point of view, returning Afghan refugees, against their will, is far from Iranian character and culture. In this regard, it is suggested to the Iranian government that by opening the borders, Afghan brothers and sisters who cannot withstand the pressure of the Taliban government be allowed to come to Iran and accept them as guests to enable their presence in Iranian society soon as possible.

Accepting and socializing dissenters, elites and social, cultural, and artistic activists, university professors, students, journalists, athletes, writers, artists, civil and political activists and women and human rights activists, Afghan organizers, and influential people in Iran, due to their historical and cultural proximity with Iran, will allow them to return to Afghanistan as soon as conditions allow and to work on rebuilding and developing their country. In this regard, the government and people of Iran and the legislature will play a key role in enacting or improving laws to protect the friendship and deep historical and cultural bonds between the two countries.

The Government of Iran should use its regional communications capabilities to ensure that the media and news activities are carried out properly and promptly to raise awareness of the internal situation in Afghanistan to prevent the normalization of such a situation, which is not normal at all.

In Memory of Master Khodabakhsh, the Great Man of the Gathas and the Shahnameh

The Heritage of Sharifabad Mobeds, written by Dr. Mehrdad Ghadrdan was registered in…

In Memory of Master Khodabakhsh, the Great Man of the Gathas…

Recitation of Avesta on the birthday of the late Parvin…

The Heritage of Sharifabad Mobeds, written by Dr. Mehrdad…

In Memory of Master Khodabakhsh, the Great Man of the Gathas…

Recitation of Avesta on the birthday of the late Parvin…

The Heritage of Sharifabad Mobeds, written by Dr. Mehrdad…